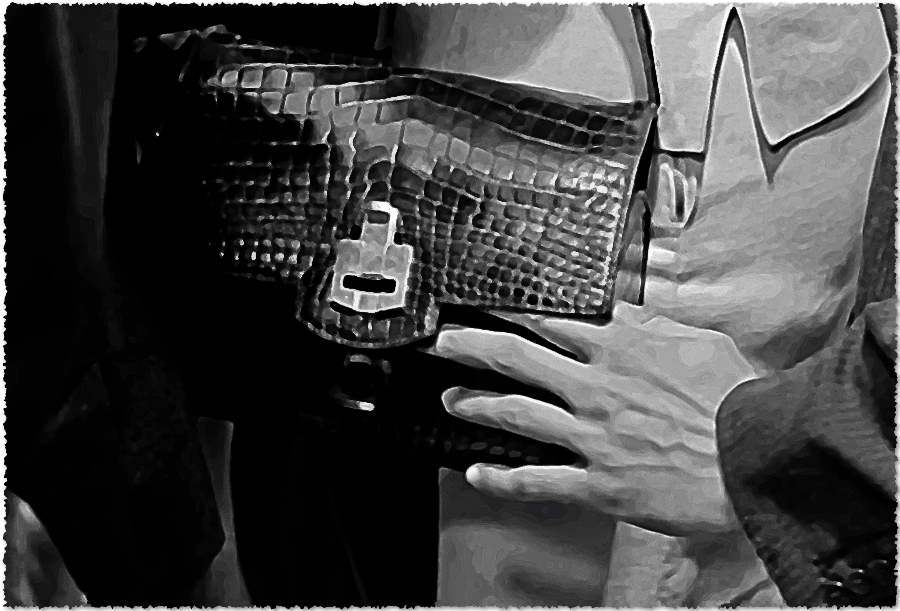 Robert Bresson’s Pickpocket (1959) is a study of human intricacy. With compulsive desperation, Michel (Martin LaSalle) is a Parisian loner who, living separately in a run-down flat, has developed a fixation on perfection. The stressful tricks he must perform to gain that wallet or purse seem not worth it, but for him they’ve become a substitute for intimacy. In fact, what he lacks in human intimacy he makes up for in manual dexterity. Unable to get close, even his ill mother he keeps at a distance. Is it humiliation? Shame? The only time we witness him approach anyone is when he employs a sleight of hand near a pocket or purse. On the metro, Michel nervously reads a newspaper in his attempt to pull a man’s wallet out from his jacket pocket. Bump ever so slightly and now the wallet is swallowed by the grey newspaper folds—gone forever. But Michel hesitates. Not because he lacks the addiction or is succumbing to second thoughts, but often his nerves overtake him.

As with Robert Bresson’s 1956 film A Man Escaped, there is also much focus on the movement of hands. In both films, faces seem to disappear and only the hands remain. Would these hands get him anywhere? Yet when the neighborhood pickings are slim, Michel concludes that the steal is not worth the risk. In one moment, he stops at his mother’s flat, but he doesn’t go to see her. Instead, he gives the money to Jeanne, a young neighbor and asks her to deliver it. He hasn’t seen his mother for a month. It is as though he longs for something he cannot have, albeit he’s not sure what that something is. To be successful, one cannot remain idle. Pickpocketing is no different from any craft. Hours must be spent practicing and making the hands more malleable and the fingers more supple. In one scene, he practices removing a watch from the leg of a table. Just observing, one cannot help but wonder why he just doesn’t bother to get a job instead. Certainly, that would require less energy.

But he can’t handle a job—not that he’s overwhelmed by life’s structure per se, but he simply doesn’t care. (He attempts to work for two years while in London but wastes his money on trifles.) Instead, he is a natural drifter and prefers nervousness to predictability and responsibility. Michel seems lonely, but his daily compulsions keep him distracted. In his review, Roger Ebert describes him well: ‘He gathers his narcissism around himself like a blanket. He sits in his garret and reads his books, and treasures an image of himself as a man so special that he is privileged to steal from others’. Meantime, Michel is occupied by the planning that thieving requires, and he is absorbed by the thrill. This keeps him distanced from what otherwise could occur—possibly getting close with Jeanne, his mother’s young neighbor. She seems to have affection for him, or at least she senses his vulnerability. She thinks he might be a thief, but she doesn’t want to believe it; as it is she who operates out of goodness and wants to see that same goodness in him.

As with other Robert Bresson films, there exists in Pickpocket a courtship with morality. Crimes transpire, but then in other moments they fall apart. This isn’t a crime film insomuch as it is a demonstration. In what, though? Isolation? Separation? Only through thieving is Michel able to make some one-on-one connection. When one is the victim of robbery, we often say that one is also the victim of misfortune. Michel isn’t always so careful, and a few times he is caught. He hands over one man’s wallet when the man calmly asks for it back. ‘Shall I call the police?’ the man inquires. Michel then disappears, emerging only in the evenings for dinner. He wants to be anonymous, forgotten. How else should a successful thief be?

Superficially, one might not notice the intricacy contained within this film. Not just for the actual thieving itself, but what is it saying about how one chooses when faced with overwhelming guilt? It is not that Michel feels guilt, as he doesn’t seem to feel anything aside from desperation and addiction. But what for those who do? Is he entitled? Most certainly. But to him, pickpocketing is a craft as any other—something to even be studied from a textbook. There is no attachment.

In one memorable scene, several pairs of hands pass a wallet—one over to another. Hand to hand, these are the same hands Michel folds in prayer when he visits a church following his mother’s death. There is no music, as much transpires in silence. Pickpocketing, as anything, can become perfunctory. Ordinary, even. Perhaps this is why Michel cannot let it go—thieving has grown into him so much that it has overtaken his identity. It consumes him. He remains alone and he has no real friends. Without it, who is he then? Without it, what, or even who, would he have to otherwise challenge him?

While Pickpocket has a touching ending, Michel’s realization is perhaps too late. Following his escapades, he eventually is caught. Slapped on the wrists are the handcuffs and off to jail he goes. Seeing Jeanne once again, she is now destitute and with a child. She visits him in jail, admitting that she never loved Jacques—the child’s father. Rather, Michel comes to realize that he loves her. ‘Oh, Jeanne, what a strange way I had to take to meet you!’ he says, as they hug. Now that he knows he loves her, he must spend everyday in jail away from her. One could argue that that is likely part of her intrigue. Behind bars, she is still distant, safe. He has nowhere to go and likewise, neither does she.

Somewhere, the human heart exists as something supple and nimble. Much like Michel’s own sleight of hand, a malleability needs to form for feelings to shape. Robert Bresson exposes his characters’ vulnerabilities in much the same way. They are whole and imperfect, and their misfortunes refuse to look away.

If you enjoyed this review of Robert Bresson’s “Pickpocket”, consider supporting us and get patron-only content on our Patreon page. This will help the growth of this site, the automachination YouTube channel, and the ArtiFact Podcast. Recent episodes include a discussion of Ryusuke Hamaguchi’s “Asako I & II” and “Drive My Car”, a dissection of Elon Musk’s stupidest claims, and a critique of James Cameron’s Terminator films.