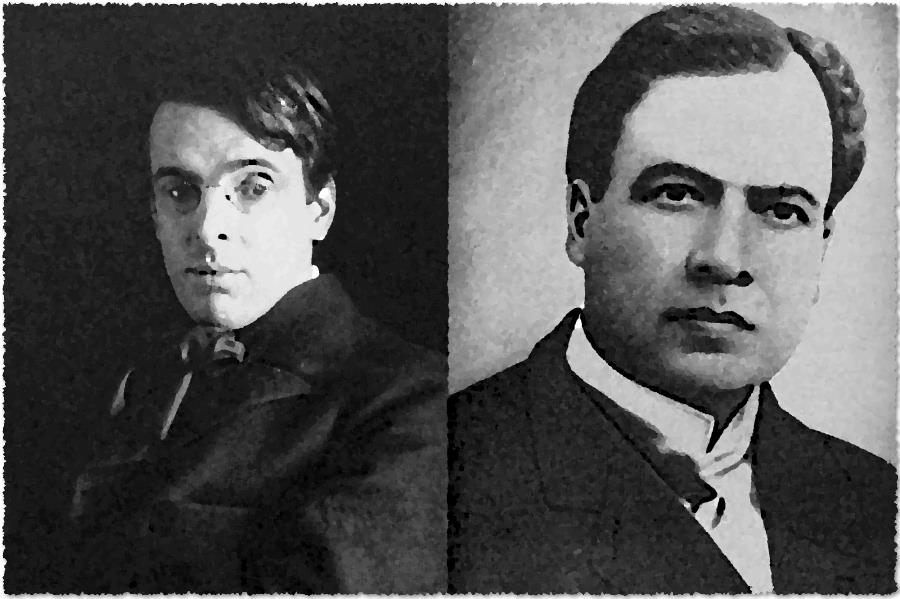 Poetry is as much about the choice of one’s perspectives as it is about more technical matters like diction, rhythm, music, rhyme – meter, too, if one cares to deploy such archaisms. Sometimes, the difference between a so-so poem and a good one is vantage point. No, not the physical location of the speaker (although this could be at play), but the abstract place from which a poet directs the flow of image and idea to the reader. For example, if one wanted to write a poem about Hannibal crossing his army over the Alps, one could take a simple scoped-out view of the ordeal and wax lyrical about its militaristic importance, but this is one step removed from the contents of any old history textbook. It’s also possible (and possibly more fruitful) to, say, write from the perspective of a weary, homesick infantryman, or one of the elephants, even, or just refer to the moment obliquely from an altogether separate occasion/mindset; anything, really, that does not operate from what immediately comes to mind and is thus most obviously interpreted.

This is all very vague and general, of course; so, to see this in clearer action, let us compare two poems on the same subject matter: the myth of Leda, the Greek princess raped or seduced by a swan-manifested Zeus. The most well-known poems on the topic are W.B. Yeats’s “Leda and the Swan” and “Leda” by the Nicaraguan Modernist Rubén Darío, the latter of which I’ll tackle first:

The swan composed of snow floats in shadow,
amber beak translucent in the last light.
The white and innocent wings in the glow
of the short-lived dusk are rose-tipped and bright.

And then, on ripples of the clear blue lake,
When the crimson dawn is over and done,
the swan spreads his wings and lets his neck make
an arch, silver and burnished by the sun.

Grand, as he ruffles his silken feathers,
this bird from Olympus bearing love’s wound,
ravishing Leda in roiling waters,
thrusting at petals of her sex in bloom…

When at last her sobbing is heard no more,
the stripped, mastered beauty lets out a sigh.
From the tangled green rushes by the shore,
sparkle-eyed Pan watches, and wonders why.

The next poem you ought to already know, by way of W.B. Yeats:

Leda and the Swan

A sudden blow: the great wings beating still
Above the staggering girl, her thighs caressed
By the dark webs, her nape caught in his bill,
He holds her helpless breast upon his breast.

How can those terrified vague fingers push
The feathered glory from her loosening thighs?
And how can body, laid in that white rush,
But feel the strange heart beating where it lies?

A shudder in the loins engenders there
The broken wall, the burning roof and tower
And Agamemnon dead.

Being so caught up,
So mastered by the brute blood of the air,
Did she put on his knowledge with his power
Before the indifferent beak could let her drop?

The difference in quality is staggering. Rubén Darío traffics in cliché – at least one in each stanza, the fourth being particularly egregious (“…bearing love’s wound,” “thrusting at petals of her sex in bloom”). The only thing saving the poem from tanking into sub-mediocrity is the final stanza, where Darío shifts tack: on an emotional level, with Leda’s unqualified sigh, thus casting the prior experience with the swan in (some) doubt, and on a physical level, revealing Pan as witness to the ravishment nearby, whose wondering complicates the situation further.

Important to mention is the rather straightforward depiction of the swan and its subsequent raping of Leda. Now, some arguments abound: one could say that the first two stanzas, in their beatific descriptions, do not fully anticipate the attack in the third, rendering its entry even more jarring. But this is offset by the title, which references a myth even a reader only marginally knowledgeable of the classics should understand. The music, at least in this translation, is solid, and as previously mentioned, the final stanza introduces a hint of psychological complexity. The inclusion of Pan as a voyeur is also somewhat fresh, although I won’t argue with a critic who sees it as neither here nor there – or even as a needless distraction.

In all, not a terrible poem, but Rubén Darío’s subpar choices (which may or may not be a fault of the translation) limit a more astute reader’s engagement with it, as well as its own engagement with the myth from which it sprang.

As for Yeats? Most poetry lovers should be familiar with the sonnet already, and countless scholars have dissected its contents – Camille Paglia deems it the greatest poem of the twentieth century – so I won’t bore you with a line-by-line assessment. These are numerous on both the Internet and in academic print. But see how W.B. Yeats presents the scene, contra Rubén Darío:

The first two stanzas are clearly the union of woman and swan, but its descriptions both exemplify and add ambivalence. By matter-of-factly choreographing the moment, W.B. Yeats captures its intensity and underlying menace sans obvious labels – and how about the turn-of-phrase? Leda’s fingers are “terrified vague” and the god-swan’s “feathered glory” and “white rush” and “strange heart” portray its alienness more convincingly than Darío’s more conventional descriptions. Leda, also, is simply called a “girl” in Yeats’s take, the understatement of which is more impactful in comparison to Rubén Darío’s “stripped, mastered beauty.” (Yeats’s Leda is also “mastered” – but by the “brute blood of the air,” a far more interesting phrase). Both poems seem to complicate Leda’s emotions, but W.B. Yeats’s insertion of a prophetic vision paints her rape as an almost ecstatic encounter, a partaking of divinity, however nonconsensual – a daring angle, no doubt. Compare this to Darío’s mere “ravishing” and silly “thrusting at petals of her sex in bloom” and that single, unexplored sigh – well, the difference is even more stark.

The entryways into quality are myriad, but are distinguished by, among other things, novelty of perspective and technique. Rubén Darío takes the Leda myth, describes it in not very subtle terms, and opts to write in only a little wrinkle at the end. W.B. Yeats takes a similar approach in complicating Leda’s rape, but goes much deeper, actually exploring the utter weirdness of the myth and its mystical potentials – thus requiring more unconventional technique and phrasing. Darío’s rather trite lyricism, in contrast, must needs match its trite perspective.

Noted as the progenitor of Latin American Modernism, Rubén Darío’s version of the Leda myth predates Yeats’s by over three decades – so he can be partly forgiven for the gap in quality. And to be totally fair, as they were virtual contemporaries, around the time Darío wrote his poem W.B. Yeats was writing mawkish fairy tale verse. Additionally, the Irish poet was one of the few writers in world history to create better work as he approached death, so pitting anyone against him post-WWI isn’t exactly fair. In any case, when a poem was written is less significant than the fact that it was written, and placements in chronology, while not unimportant, should not be the defining marker of artistic quality. I’m sure not everyone will find this convincing, but that’s nothing a simple change of perspective can’t fix.

If you enjoyed reading Rubén Darío’s and W.B. Yeats’s versions of the Leda and the swan myth, check out the automachination YouTube channel and the ArtiFact Podcast. Recent episodes include a debunking of Internet sciolists such as Jordan B. Peterson and Christopher Langan, a breakdown of Elizabeth Barrett Browning’s Aurora Leigh, and a long discussion of photography from Alfred Stieglitz to Fan Ho and Vivian Maier.