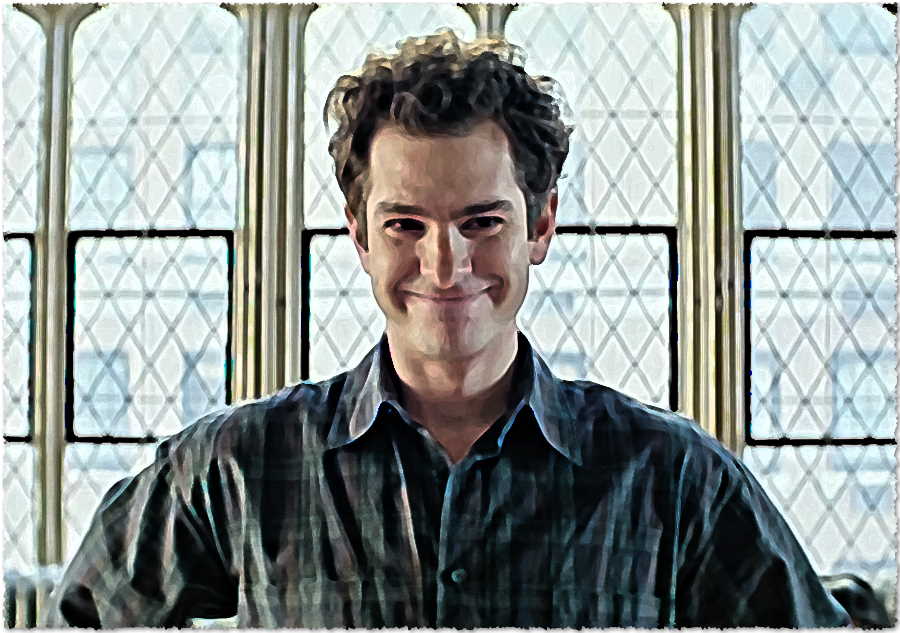 This is Jonathan Larson’s story. Before the Tony Awards, before the Pulitzer Prize. Before we lost him. Everything you are about to see is true. Except for the part he made up.

I’m certain that Jonathan Larson was an outstanding waiter. With his engaging, outgoing personality, he must have certainly earned a copious amount of tips in order to manage within his small, New York City flat. Working Friday through Sunday, he would then spend the rest of his week composing. A personal hero of mine, Larson is the mind and composer behind the rock musical Rent, which ran on Broadway for 12 years. It also won the Pulitzer Prize. It ran so long, in fact, that its success makes it easy to take for granted. But it wasn’t always this way. Larson, a musical theatre major, worked as a waiter and never deviated from his life mission (albeit not without his personal frustration). His goal was to write music and eventually break into the industry and this he did inevitably. Unfortunately, he did not live to see it.

tick…tick…BOOM! (directed by Lin-Manuel Miranda) is a Netflix Original musical, which renders the story of Jonathan Larson’s adult life, as well as his creative struggle. Set in 1990, just days before his 30th birthday, Larson is attempting to complete the final song within Supurbia, his first musical. He has been working on this musical for eight years, apparently. He lives in near poverty, wherein he can’t even manage his electric bill. At times, he feels like a failure for not having achieved the success he so covets, like that of his peers. Constantly comparing himself to earlier, younger musicians, the film recreates Larson’s One Man Show, wherein he details these frustrations—his creativity, his friendships, and his ‘career’ as a waiter while using them as creative fodder. ‘Hi, I’m Jon. I’m a musical-theatre writer. One of the last of my species.’

I have rejection letters from every major – and minor – producer, theater company, record label and film studio in existence. And in just over a week…I will be thirty years old…

Three-zero. Older than my Dad was when I was born. Older than Napoleon was when he…did something that was probably extremely impressive at the time – I’m not a historian. I’m a composer. Sorry, a “promising young composer.” I should have kids of my own by now, a career, but instead I’ve been “promising” for so long I’m afraid I’m starting to break the fucking promise.

Andrew Garfield plays Jonathan Larson, and he does so with just the perfect pitch of humor and vulnerability. Supposedly, Garfield claims he never learned how to sing. All the songs are Larson’s—that is, those he wrote before Rent. See, he is trying his damndest to become noticed within this tight industry, but the problem is that Supurbia has too confusing a storyline and the songs, according to one critic, are merely ‘swell’. He has an agent named Rosa (played by Judith Light), who hasn’t spoken to him in a year. She wears large glasses and speaks with a New York City accent and addresses him as ‘darling.’ Finally, people are noticing, she informs. He quits his job at the diner. Certainly someone will come forward with a large sum of money.

But then, after witnessing his workshop, Rosa cuts to the chase and tells him to start working on the next one, and then the next one. ‘Try writing what you know,’ she says. While a creative cliché, she admits that a futuristic musical won’t sell on Broadway. (Supurbia is thinly based on George Orwell’s 1984, which Larson was denied the rights.) So, Larson begins the next one. And that ‘next one’ is this film’s title—tick, tick…BOOM!, which details the frustration involving Supurbia’s rejection. Larson claims that he chose tick…tick…BOOM! as his title because all around him he hears ticking sounds, as though something is about to explode. He notices people, he constructs songs about random objects (like a song about sugar), he writes passages down. When he learns that Supurbia won’t be the mega seller he hoped for, he begs his newly wealthy advertising friend Michael (Robin de Jesús) for a job. (‘He’s making so much money he bought an apartment with the bathtub in the bathroom,’ Jonathan says.) But Michael insists that it would be a tragedy for Jonathan to give up his gift. ‘You did,’ Jonathan reminds. ‘Yes, but I am a mediocre singer,’ Michael replies.

It is no doubt that Jonathan Larson is a major talent. Aside from his best work within Rent, all songs within tick, tick…BOOM! are clever in some way or other. There are a number of wonderful tunes within, including ‘Happy Birthday,’ ‘Therapy,’ ‘Boho,’ ‘Louder than Words,’ and ‘Sunday Morning.’ And like within Rent, HIV and AIDS cast a pall over the characters’ lives, wherein Jonathan says he’s already gone to three friends’ funerals this year—the oldest being only 27. Because of this, Jonathan feels he is running out of time. And Jonathan Larson did die young—albeit not from AIDS, but rather he succumbed to a heart condition at the age of 35. He supposedly passed away on his kitchen floor while making tea. Yet what makes his death all the more shocking is that he died the night before Rent was set to go to Broadway. Upon the news, the cast wondered what they should do, as their composer had been dead for less than 24 hours. Yet inevitably it was decided that the show must go on. After all, this is what Jonathan Larson would have wanted.

One aspect about Larson I most admire is his tenacity—that despite his doubt (and debt), he kept on. Sure, it is easy to say now but it takes a type of person to push past this. It is regrettably frustrating to be a great artist within a pedestrian, image-driven world where what outwardly matters is rank—be it laden in title or social. It is tough to combat this opposition when all one has is his talent and a bike to ride to work. tick, tick…BOOM! offers a great homage to Larson’s life and legacy, and it is certainly something to marvel. (Since his death, artist grants have been given in his honor and perhaps the most touching is Larson’s insistence that there be seats set aside for those like him—artists, musicians and actors with little money. $20 for a Broadway seat, he wanted to ensure that those working as waiters would be able to see his show.)

I’ll say it again—I am certain that Jonathan Larson was an outstanding waiter. It is a skill, after all. In the DVD version of Rent, there is a two-hour documentary titled, No Day But Today: The Story of Rent. In it, his peers admit their bemusement—where this supposed great composer is working as a weekend waiter at the Moonlight Diner. In my recent essay, ‘The Artist Underneath,’ I mention how the photographer Vivian Maier kept her talent hidden from her employers. But Larson wasn’t this way. An extrovert and performer, he differed from Maier in that he wanted the world to know. And eventually, it did. The world caught up. Artists enter and each operates differently. But all wish to be seen, ultimately. I suppose their yen is best summarized in Jonathan Larson’s final song within tick, tick…BOOM!, titled ‘Louder than Words’:

Cages or wings?
Which do you prefer?
Ask the birds.

If you enjoyed this review of Jonathan Larson & Lin-Manuel Miranda’s tick, tick…BOOM!, consider supporting us and get patron-only content on our Patreon page. This will help the growth of this site, the automachination YouTube channel, and the ArtiFact Podcast. Recent episodes include a survey of photography from Josef Sudek to Laura Makabresku, an examination of Abstract Expressionism as depicted in Kurt Vonnegut’s Bluebeard, and a discussion of Hermann Hesse’s classic novel, Steppenwolf.