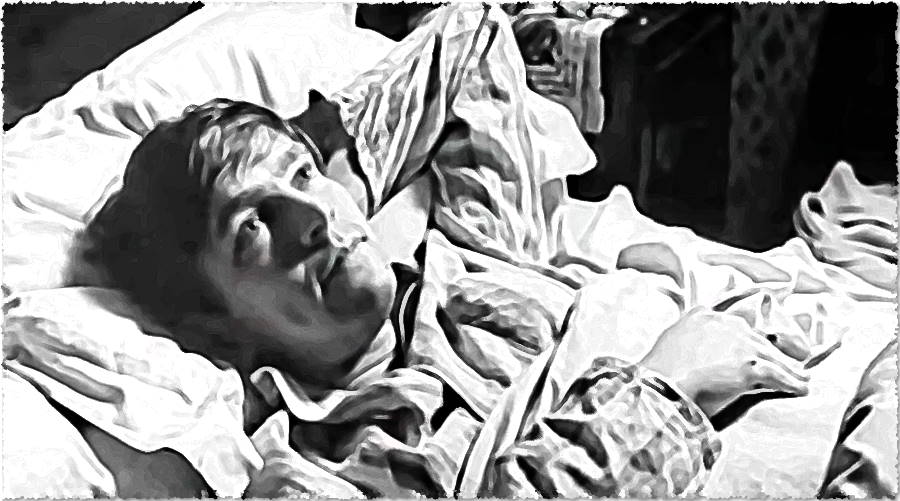 The British New Wave receives less attention than its contemporaries – that’s a disappointment, but one mitigated by context. The French new-wave was loosely characterised by style and escapism, the American new-wave is similar in that way. These examples are painting with broad strokes, but it’s undeniable those counterparts have their own special blends of herbs and spices. The premise of them remains the same: a rejection of old cinematic convention in favour of a new, visionary approach, imitated by their narratives of bucking status quo.

It can be argued that the new wave of any culture is broadly representative of the outlook of its youth, once again painting in broad strokes here. But England was peculiar, our counter-culture was prone to mishaps, and the status quo was harder to shift. In that way, John Schlesinger’s Billy Liar is one of the most quintessentially English, and new wave, films of its time – it reflected back a desperate image, for a youth that was always ground beneath the heel.

It tells the story of a young man in Leeds, West Yorkshire, and his relationship with escapist fantasy. He is from a working-class made good household (in Yorkshire that means his dad owns a van), but he compulsively buries himself in an imaginary kingdom where he is the autocratic god-emperor. And the foot-soldiers and fighter plane captains – whatever takes his fancy, really. He is snapped from these intricate power narratives by his grandmother complaining about immigrants, and his father’s disgust for Billy’s slightly less deprived start, the one that he seems to be pissing away.

Eventually his chief method of escape becomes untenable, and his life comes tattered like an old scarf. He is found stealing from his employer for petty cash, his two fiancés start to catch wise to one another, and his claims of writing comedy for a popular TV wit are disbelieved and belittled. Eventually he’s given a choice – move to London with the woman of his dreams and abandon his stifling home town, or remain in misery. He gets so far that he’s literally on the train waiting for departure, but his courage leaves him and he intentionally misses the train, returning home with his imaginary regiment and an ambiguous smile.

This cynical end is what elevates the movie’s narrative beyond a raunchy and cynical comedy, because it’s the English condition to resent one’s own material trappings and immediate circle, but to be too overtaken by anxiety and cynicism to ever leave. This is a hallmark of our new-wave, from Kes and the angry rejection of the boy’s fantasies, Saturday Night and Sunday Morning and its main Arthur’s anxieties about that the domestic ideal which he eventually succumbs to. Society’s crushing weight and the opinions of elders dictate the future of the nation’s youth, and escape is a fleeting rarity.

The cast do a fine enough job, the eponymous is well realised and transparent by Tom Courtenay, one of Julie Christie’s meteoric roles is Liz, his ticket out of stagnation. The rest of the cast do well at establishing the potent feeling of oppressive boredom, obsessed with pointless minutiae and glacial personal advancement. In many ways the schema of modern England is the same – social media is the most recent incarnation. The desire for escape from the unbearable lightness is represented in our often violent counter-cultures – mods and rockers, punks, and so on.

But divorced from its plotting, Billy Liar stands on its own visual apparatus. The turgid monochrome film is drab with intention, and complicated and vast in Billy’s ambrosial dream realm. The dance hall scene in particular is amazing visual and auditory storytelling – as his many mistakes catch up to Billy, he is immersed in a delirious and hectic environ, the stamping of synchronised feet doesn’t ever give him reprieve. This castigates his feelings of enchantment by Liz, who takes him on a sublime walk through late night Leeds.

Billy Liar‘s visual style is reminiscent of many other entries in the British new-wave, a nation rotting from the inside, desperate pedestrians and the staccato of walking on ill-assembled streets. But despite all of this this is a comedy! And despite focusing on the morbid, sociocultural elements in this essay it’s a good one – Tom Courtenay’s seamless slips into riffing and regional accents is extremely amusing, he is where the bulk of the comedy arises. Mocking his stodgy elders, speaking like an Etonian boy to his salt of the Earth parents, riffing with his colleague and platonic life partner. A few bits of dated comedy come up, a regrettable black-face moment being foremost, but for the most part Billy imitating the sad state of the fusty smallfolk is still familiar and well-placed. A laugh out loud moment is Billy opening his secret wardrobe and being showered in calendars, and he moans “these bloody calendars”. It’s absurd but very normal, something the movie excels at.

Schlesinger is most noted for his American break-out Midnight Cowboy, which applies some of these themes in a US context. Aspirations and go-getters finding the cards are stacked against them, the have-nots will mostly continue having not. That movie is a departure but an evolution all the same – John Schlesinger posits that moving to the big city is just inviting more doldrums and misery.

However, aside from fawning, the movie could do a few things better. Besides the two core cast mates none of the performances are incredibly memorable, the characters are archetypes there to service Billy’s own journey. The two fiancés in particular are essentially automata, who exist purely to serve as a reminder that Billy has unrealistic expectations of people and situations. Repressed Yorkshire women who serve no purpose when they don’t drop their knickers for him.

Any struggling member of the youth can relate to the hometown blues, and none are quite as well-realised. By positioning Billy as a thoroughly spiritually bankrupt character and a user. Conformity, boredom and domesticity are bad, but the escapist and unfettered way Billy plus with conformists is equally abject. In that way Billy Liar feels more like a portrait of the setting –  Chickentown, where nothing changes, and the unmatchable quality of dreams.

If you enjoyed this review of John Schlesinger’s Billy Liar, consider supporting us and get patron-only content on our Patreon page. This will help the growth of this site, the automachination YouTube channel, and the ArtiFact Podcast. Recent episodes include a discussion of Ryusuke Hamaguchi’s “Asako I & II” and “Drive My Car”, a dissection of Elon Musk’s stupidest claims, and a critique of James Cameron’s Terminator films.