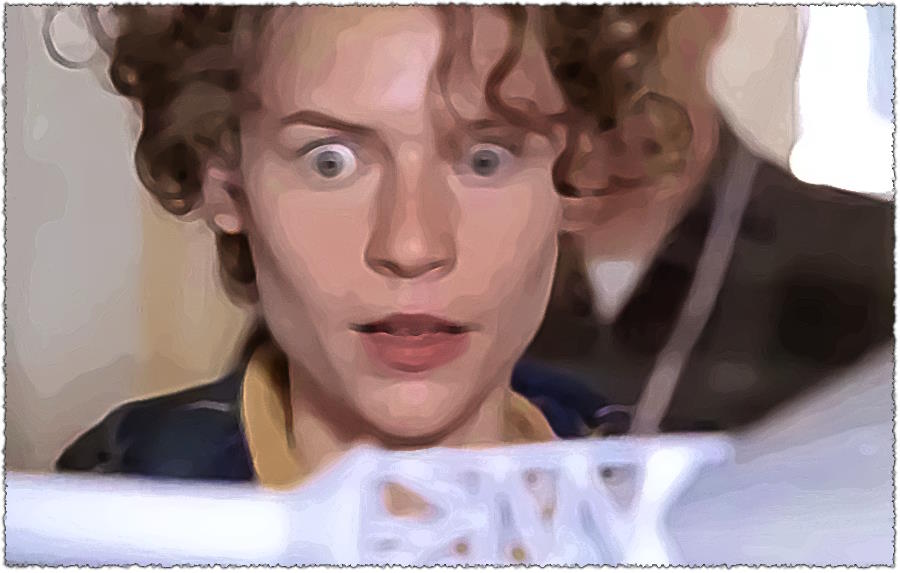 ‘I don’t want my thoughts to die with me. I want to have done something.’ These are the quality words within Temple Grandin’s biopic that I found most illuminating. While there have certainly been other quality words within other quality biopics, this one in particular stands above in how it depicts the internals of a creative mind. Most biopics portray the person from the outside—be it Van Gogh or Emily Dickinson—and while this approach can offer very good films, Mick Jackson’s Temple Grandin archives something unusual. How, exactly, does this person think? How does she process her thoughts? Visually, the film succeeds in showcasing this.

Mary Temple Grandin (played wonderfully by Claire Danes) was born in Boston to a wealthy family. As an autistic child, Grandin herself has said that she would have been sent to an institution were it not for her mother’s objection. ‘She is different, not less,’ her mother, played by Julia Ormomd, insists. From a young age, Temple is non-verbal. In fact, she did not speak until she was four, wherein since then she’s only been able to see the world via pictures. Language and math are useless to her—too abstract. (She fails algebra and French—‘Why is there so much fish in France?’ she asks, with regard to the ‘il’ pronouns.) But everything she has ever seen she can remember via images. ‘Can you bring everything you’ve seen into your mind?’ her science professor asks. ‘Sure. Can’t you?’ the bemused Temple responds.

This is one of those moments where the person with the exceptional mind comes to realize that she is different and that this difference is not a detriment, but an advantage. In life, Temple Grandin has been an advocate for more ‘hands on’ studies within schools, where kids can have an opportunity to exercise their practical skills. Were it not for her science teacher (played by David Strathairn) recognizing her gift of visual thinking, uncovering a science career might have proven more difficult. ‘She is an amazing visual thinker,’ he tells his colleagues.

Ultimately, Temple Grandin chooses to pursue animal science. ‘Do they have colleges with cows?’ she asks. Little does she know the obstacles she will face (most from other people), as the film does an excellent job showcasing the misogyny within the livestock industry, where at one moment she is even told that women are not allowed on the premises. Early on, she learns that the reasons for the cattle’s mooing has to do with added anxiety, and through her visual mind, she can envision what the cattle are seeing. Of course, this doesn’t go without mockery, where her male lead suggests she ‘get Dr. Dolittle out of here.’ But Temple does have a point, as she comes to learn that the cattle need to be guided in a circular line in order for them to remain calm. Through her autism, she is able to understand the livestock at their level, and she is able to do so in a way that no one else has before.

Temple Grandin, whom Claire Danes sensitively renders, depicts her autism in ways that include a lack of human one-on-one connection. As example, she does not allow anyone to hug her, and so she builds a squeeze machine that mimics the machine the cows are placed into when they need calming. Her reasons insist that hugging another person is ‘scary,’ yet the press of the machine against her calms her. Furthermore, loud noises and automatic doors upset her, she is oblivious to certain types of humor, and she finds feelings and emotions boring. (In one scene, the famous clip of From Here To Eternity showing Burt Lancaster kissing Deborah Kerr on the beach is playing on TV, wherein the uninterested Temple switches the channel to lions chasing each other in the jungle.)

What is perhaps most refreshing about Temple Grandin is that the film isn’t merely about ‘someone with autism,’ but rather that she is presented as someone unique who happens to have autism. While it is clear that her autism is what allowed her the needed insights to uncover her invention, the film showcases this as a gift, rather than detriment. This puts me in mind of Bruce Ario who, while having suffered mental illness throughout his life, was able to still write great poetry.

It would be interesting for a filmmaker to capture the creative artistic mind in a similar manner to that of this film. That is, seeing how one’s ideas come from the inside, rather than witnessing the artist painting or writing from the outside. Ed Harris’s Pollock (2000) contains moments when Pollock is first finding his signature ‘drip paintings,’ but despite the otherwise well-crafted scenes, we are not given access to the inside of his mind like we are within Mick Jackson’s Temple Grandin. Even the excellent rendering of Emily Dickinson within A Quiet Passion does not achieve this.

Temple Grandin personally resonated with me, as I too was someone who grew up feeing intellectually detached and different. For one, no one recognized that my difference was something beneficial—instead, like many I grew up amid a culture too focused on polishing everyone into some MBA program, where too often the social climber is admired. Hell, even amid the ‘creative’ world, I saw how much these so-called ‘creatives’ still clung to authority. This needs to stop. After all, what of those creatives who don’t fit into these rigid standards? What of those who can’t be shoehorned? Who tells their story?

Inventive thinkers too often go unappreciated and misunderstood. They’re dismissed as ‘weird,’ or even ‘arrogant’ for insisting they know more or have the right answer. For the ordinary, latching onto institutions and deferring to authority brings a kind of security—(in a sense, this is their form of a ‘squeeze machine’) and thinking outside of this machine proves to be too scary. Unfortunately, these types outnumber the inventive thinkers, thus making the world difficult to navigate.

However, one thing that all inventive thinkers have in common is a fixation on their passion—whatever it might be. Speaking, engaging, and sharing their points of view. Being heard and listened to (even if not literally, but only through their work) will bring about a satisfaction that the rest won’t realize. ‘I don’t want my thoughts to die with me. I want to have done something,’ the inventive mind says. Within this film, we are given the opportunity to get inside—understand the thoughts, to witness the visual mind, which isn’t just about what but how. Herein makes the difference.

If you enjoyed this review of Mick Jackson’s Temple Grandin, consider supporting us and get patron-only content on our Patreon page. This will help the growth of this site, the automachination YouTube channel, and the ArtiFact Podcast. Recent episodes include a glimpse into Minneapolis poet Bruce Ario’s life and times, a climate activist’s take on Ted Kaczynski’s Unabomber Manifesto, and a discussion with Norman Finkelstein and Palestinian refugees on their memories of war.