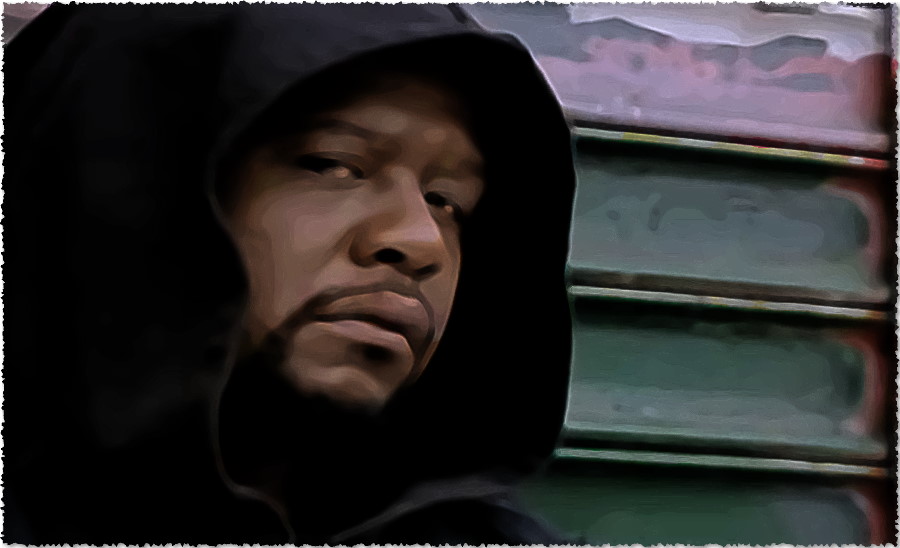 Jim Jarmusch. His filmography is complicated. Generally in his better outings his films tend to be uneven, lopsided; in Dead Man (1995), a promising opening and set-up degrades into predictability. Stranger Than Paradise (1984) manages to turn lacklustre set-up into rich commentary. Ghost Dog: Way of the Samurai alchemically alters a boring, hack set-up into something that draws power from its own predictability in character and setting – it manages to take all of the familiar elements of schlubby gangsters and badass hitmen, and it somehow manages to find sympathy in all of them while also dismissing them as ridiculous. Their ridiculousness serves a purpose, because in the world of Ghost Dog nobody truly understands each other.

Jarmusch is a Jim-of-all-Trades, master of very little. What is easy to admire is his rejection of tradition and accumulated wisdom, in pursuit of making something more reflective of his own sensibilities. This is the terrific contradiction of his filmog, in that there is very little to be found that is completely boring and also very little to be found that’s technically well-executed. It almost reads as a kind of brattitude. He insists on the filmic qualities taking a back-seat to his vision, but he doesn’t always have a clear vision of what exactly his vision entails. He’s said himself in interviews that he tries to communicate with a film, and coax it into telling him where it needs to go. This has worked twice in his career: Stranger than Paradise and Ghost Dog. Otherwise this is a recipe for neurosis taking over proceedings, and the wrong qualities being blown up to integral structural mechanisms (ala Dead Man, Paterson, Only Lovers Left Alive, The Dead Don’t Die, Coffee and Cigarettes). It is for this reason that the following discussion is mostly free of technical execution, as Jarmusch has to be read on his own terms in one of his few successes at what he is going for. As a quick note on his camera-ism, he manages to make the action somewhat fluid despite its absurdity – though, it ultimately fails – and the occasional scenes of pigeons flying about are nice.

The movie in question is about the eponymous Ghost Dog, a retainer and contracted hitman for a squirrelly Mafiosi named Louie. Louie saved his life, then Ghost Dog swore to be his retainer by fucking bushido code, as Ghost Dog closely identifies with the ancient Samurai. His favourite book, which is quoted several times throughout with mixed success, is the Hagakure, and he has gleaned his whole ethos from it. Ghost Dog performs a hit (at Louie’s behest by carrier pigeon, as is their custom) on Handsome Frank, a Made Man, but the mob boss’s daughter he was screwing ends up being a witness. The daughter, Louise Vargo, was reading Rashomon by Akutagawa, the second and arguably more important literary influence on the characters and plot. Now, through complicated mafia politics and dumb-assism, Louie needs to help kill Ghost Dog to make it all right.

The plot isn’t hugely important, as the movie is a vessel for Jarmusch postulating on the power of perspective. This is why Rashomon is a recurring motif – because of the explosively influential story Yabu no naka, or, In a Grove, famously adapted by Akira Kurosawa. In that story and filmic adaptation, the point is that trying to get to the objective truth of circumstances is folly, as all events are filtered through a complex web of perceptions, egoisms and neuroses, so the retelling will never have any resemblance to reality. This assumed inspiration (based on a character Ghost Dog urges to read the book saying she liked In a Grove the most) doesn’t do the film any favours initially – it’s hard to filter the events through any perspective other than Ghost Dog’s, and where-as the distortion of reality in the original story (and adaptation) were based on subconscious characteristics, and shame and pride, in Ghost Dog all we can really attribute the difference in perspective to is self-preservation.

The more interesting effect that In a Grove has on the movie is more about the characters’ false presumptions about who they are, and what life really means. The gangsters are repeatedly shown to be behind on their rent, losing business and prone to petty revenge instead of meaningful jobs or income. They are unable to separate their own fantasies of who they are to the demonstrated reality. This is why whenever a gangster in the movie is left unattended they passively watch cartoons of violence, because they like most human beings operate half in a murky dream-space of escapist reveries. This is especially evident in Ghost Dog himself: while he is undoubtedly as skilled as he thinks he is, he is just another mechanism in the self-replicating revenge killings. While he lives by a set of morals, those morals serve nobody but himself (and Louie, a sniveling bottom-feeder). All the characters can do is escape their own unbearable lightness, whether it’s through Ghost Dog’s ancient redundant philosophy or the gangsters’ childish escapism. This is partly why the anti-glamour lens applied to the gangsters is such a good move – they are all old, decrepit white men, unable to keep up with a world manifold in complexity and changing at an accelerating rate.

This difficulty in communication is least obliquely demonstrated through Ghost Dog’s continued friendship with Raymond, a Haitian ice-cream man who only speaks French, while Ghost Dog only speaks English. Somehow they mutually have a supportive friendship, mostly established on the playing of chess, a game that rids the need to be understood. Somehow they are mutually intelligible, or at least they understand each-other on a deeper level than just verbal communication. If Jarmusch was trying to comment on the nature of communicating, which when regarded critically is just the need to be seen, respected and interpreted how you would like to be, then maybe he hopes to imply that there are some human connections that transcend that usual tango of insecurity and demeanour. You can just vibe, eat ice-cream and play chess, and that act of connection is more profound than anything you could ever say.

Another thematic element is in the obsessiveness of there being a golden age that is now over, and the movie goes to great lengths to strain from the Hagakure some commentary on that:

It is said that what is called the Spirit of an Age is something to which one cannot return. That this spirit gradually dissipates is due to the world’s coming to an end. In the same way, a single year does not have just spring or summer. A single day, too, is the same. For this reason, although one would like to change today’s world back to the spirit of one hundred years or more ago, it cannot be done. Thus it is important to make the best out of every generation.

But how can one make the best of a generation still auctioned off by those of a previous one? This is another reason so many of the gangsters are old and geriatric – they are essentially holding the world of the young for ransom. That is the implication of why the urban space explored in the movie is so miserable, despite humanity growing and persisting between the cracks in the concrete. Nevertheless, Ghost Dog makes the most of the generation, and lends a young girl his two favourite books. In the end, when Louie shoots Ghost Dog, the girl takes up Ghost Dog’s gun in an effort to avenge him, but Ghost Dog had loaded it with blanks/turned the safety on/I don’t know much about guns.

With the good there’s always the bad: the opening twenty minutes are meandering, and endemic of Jarmusch writing his movies as he goes. Though it suits the tone of the movie to a degree, there are some very dated 90s blur-effects to make Ghost Dog’s gun-kata look impressive. The soundtrack by the RZA is easily dated and arhythmic with the cadence of the movie. The over-reliance on literary inspirations shows a lack of confidence in the movie and its own power to sway, and ultimately they are more of an intellectual flex than they are a reinterpretation of the subject material. These flaws interrupt the movie’s fulfilment of its potential, and maybe a focused hand could have buffed these creases to fit what was around them more.

I’ll end on a positive note. One of the funniest moments in Jarmusch’s filmog is a scene in which Ghost Dog introduces a young girl to Raymond, as she challenged Ghost Dog for not having friends. She asks Raymond something, and he seems to have an epiphany and raises his finger, excitedly looking for a book and finding it, a book with a picture of a bear on the cover. He starts enthusiastically reading the French book, and the little girl asks “what’s he talking about?”. Ghost Dog mutters “Bears I guess”.

If you enjoyed this review of Jim Jarmusch’s Ghost Dog: Way of the Samurai, check out the automachination YouTube channel and the ArtiFact Podcast. Recent episodes include a dissection of Kurt Vonnegut’s classic novel, Galapagos, a philosophical look at kitsch, aesthetics, and NFTs with UK painter Ethan Pinch, and a long discussion of photography from Alfred Stieglitz to Fan Ho and Vivian Maier.

More from Marc Magill: On Stimulation: “Koyaanisqatsi: Life out of Balance” by Godfrey Reggio (1982), Importance of Movement: On Akira Kurosawa’s “Throne of Blood” (1957),  Art of Momentum: On “Magnolia” (1999) by Paul Thomas Anderson