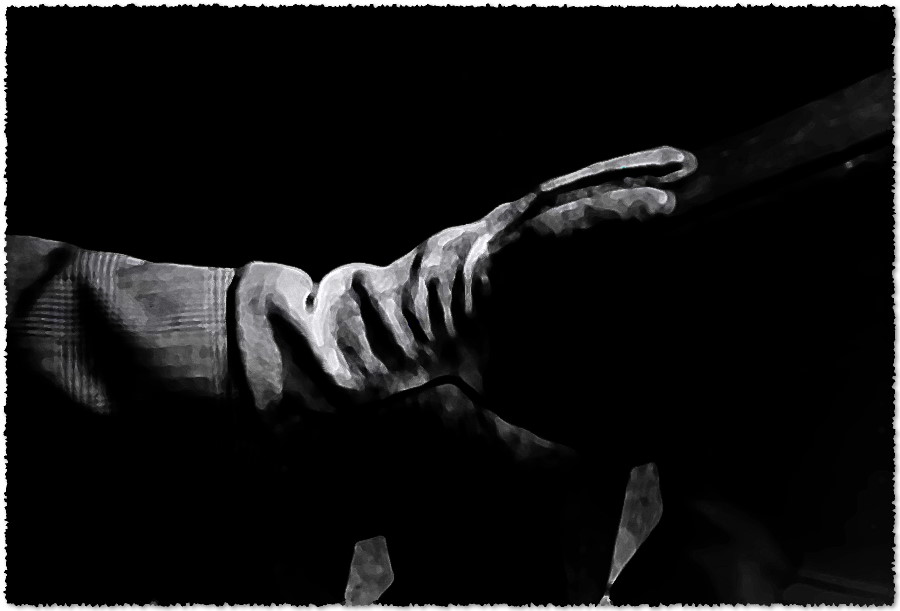 At the end of his suspense thriller, director Henri-Georges Clouzot asks his audience one thing—to not tell your friends what you just saw. Tell them about the film, but don’t ruin the end. I’ve often said that the one who gripes about ‘spoilers’ in a film is an annoying twit and not someone serious about art. After all, it is about how the events unfold, correct? Not just what happens but how it happens. Yet, in respect to Mr. Clouzot, this underrated master, I will grant an exception.

Les Diaboliques is a film that is so good that it is hard to believe it was made by someone with so few films in his corpus. Few, that is, relative to his enormous talent. Clouzot knows how to grip from the very beginning. Whilst this is very much a narrative-driven tale, it is not some dumbed down whodunit like one might expect from Hollywood. But then again, I didn’t really need to tell you that, did I? In many ways, this film resembles a better Hitchcock. Rumor has it that Hitch had his eye on this script but Clouzot outbid him for the rights. And thank the devil he did.

Clouzot once said with regard to Hitch, ‘I admire him very much and am flattered when anyone compares a film of mine to his.’ Although both directors know how to employ suspense, in the case of Clouzot, the devil is in the detail. Les Diaboliques is set at a boys’ boarding school and one of the first scenes is that of a paper boat floating in a murky puddle. It is then smashed below the brunt of a car wheel. This might seem an irrelevant image, but it offers a great foreshadowing as to what might come, especially when examining the role that water plays within this film.

Vera Clouzot plays Christina Delassalle, a timid young woman with an ailing heart condition who has inherited this school. Suffering abuse from that of her boorish husband Michel (played by Paul Meurisse), it is he who calls the shots as the headmaster. He does not care about the boys’ well being, as he serves them rotting fish one night. He is a bully who regularly degrades and slaps around his wife. His mistress Nicole (played by Simone Signoret) works alongside the couple in a sort of strange relationship, wherein Christina has no choice in it and the boys all know of it.

Nicole eventually conspires with Christina to plot Michel’s murder. She hates him too. As both live with this abusive man, the two women could not be more different in temperament. Christina is timid, tender and lacking in assertiveness. Yet Nicole is hardheaded and manipulative, often ordering Christina around. When the two leave the school one night to create an alibi, Christina calls Michel and informs him that she wants a divorce. Although he is cruel and wishes her dead (offering her ill heart as threat), he does not wish to grant it. Why? Because he would lose her money. As result, Michel shows up and in the women’s attempt to poison and drown him in the bathtub, all seemingly goes to plan. The next day they store the body within a large wicker basket and return to the school, only to then dump him within a dirty pool.

Have I revealed anything you don’t already know? This is not the part that Clouzot asks to remain unspoken. With regard to their scheme, all seems to have worked, save that the body can’t be found when the pool is drained. Michel’s suit is then returned from the cleaners. Is he even dead? So now begins the crux of the film. Did they imagine it? The women are paranoid and panicked, but then Nicole informs Christina that the body was found somewhere in the Seine. Christina then inquires the morgue and asks to see the body. Unfortunately, the corpse is not that of her insufferable husband. Again, what then? Where has he gone? Amid the mystery, the two women begin turning on one another, threatening that she will call the police. ‘You held his head down,’ Christina accuses. ‘And you brought me the statue to hold him down,’ Nicole rebuffs. Should they be caught, both would be tried with murder. But in order for that to happen, one must first produce a body. Again, in honor of Clouzot, I will not relay what happens next or who or what is responsible.

The first time I watched Les Diaboliques, the ending took me by surprise, but in my multiple viewings, I see clues throughout: how Nicole manages to disappear at just the right time, for instance, or how she guides the narrative even though the film is very much told from Christina’s point of view. Overly trusting, near the end she grows doubtful. She hears sounds and goes to examine them. While her husband’s name is typed over and over and upon the typewriter, a glove remains. Is it a ghost? What explains the strange image within the photograph? As the audience, we only know as much as she.

In addition to suspense, this film also stands as an excellent representation of gaslighting. Is it all in Christina’s mind? She killed him, so certainly he must be dead. Or is she just crazy? A doctor informs her that she must rest. With her sickly heart, Christina must conserve her energy. Of course, this plays a major factor within the film, as Michel not only knew of his wife’s heart condition, but also exploits it.

Other films that demonstrate Clouzot’s masterwork are both The Wages of Fear (1953) and Le Corbeau (1943). With regard to the latter film, Clouzot said, ‘You remember the scene where the light was going here and there? I was skiing and I fell down and lay there for five minutes. I saw the shadow going on the snow back and forth and I knew that I had to write a scene, which used that image. From the black and white of the snow I thought of the swinging lamp. So you never know how an image comes.’

Hitchcock regarded Clouzot as a rival and so it is said that Psycho was put into works as competition. Of course, Les Diaboliques would not be the film it is were it not for Inspector Fichet (played by Charles Vanel). In his review, Roger Ebert describes this character wonderfully: ‘…he isn’t exactly swift on his feet. He shuffles onto the scene in a rumpled old raincoat, chewing on a cigar and asking apparently aimless questions. His favorite technique is to repeat a question, pretending that he hasn’t heard the answer, although it’s quite clear that what he hopes to do is trap a suspect in a contradiction.’

In that sense, Fichet is a bumbling buffoon and this seems to work in his favor. In the final scene, he appears just at the right time, managing to overhear the appropriate conversation. Jail will result for someone. As for his character—Ebert compares him to Columbo. I see him as the observer we all need in our lives—not merely some disheveled, cigar-smoking sad sack, but rather as someone who can piece apart what is missing. As promised, I will remain loyal to Clouzot’s request and I won’t say what it is. Titled Diabolique in the American release, the French Les Diaboliques translates to The Devils. There are more than two in this film. I’ll leave you to guess.

If you enjoyed this review of Henri-George Clouzot’s Les Diaboliques, check out the automachination YouTube channel and the ArtiFact Podcast. Recent episodes include a breakdown of Elizabeth Barrett Browning’s Aurora Leigh, a dissection of Kurt Vonnegut’s classic novel, Galapagos, and a long discussion of photography from Alfred Stieglitz to Fan Ho and Vivian Maier.