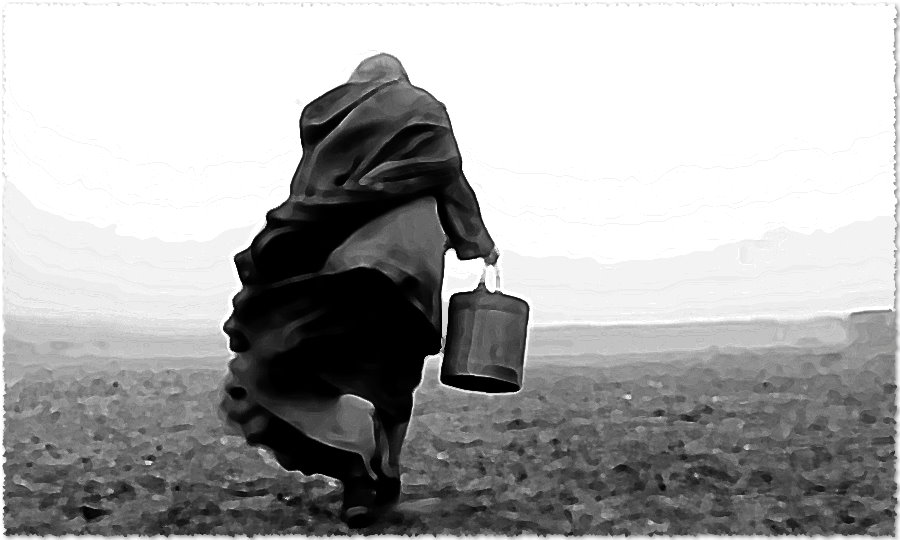 How do you discuss Bela Tarr’s latest work, The Turin Horse, without spending half of the article discussing the happy Hungarian’s epic Sátántangó? Clocking in at seven and a half hours, the movie has been a staple of over-serious top five film lists since its release, and culturally was far more of a moment.

Sátántangó, based on a novel by Bela Tarr’s ever-collaborator László Krasznahorkai, is deservedly the director’s most recognised work, and his most successful. It uses its enormous runtime to do what a lot of great artistic outings attempt, which is to use the nature of the viewer’s mind to its own ends. The Turin Horse does something similar.

Sátántangó uses the act of recollection, the first scenes feeling an insurmountable and hazy distance by the end, to both the viewer and the characters. Turin Horse uses the nature of boredom, and frustration, and connects you with the protagonists through that mutual experience.

Bela Tarr has been a critical cherub from the start. He first got into filmmaking due to being rejected from philosophy-academia, mostly due to his political activism – a theme which has always seeped into his work, until this most recent picture.

In interviews, Tarr has said that Turin Horse reflects a cynicism he acquired in his later years. Whereas his earlier ventures have been made in the pursuit of systemic change, I infer that his final film is reflecting on the mundanity of daily existence, and how no amount of cataclysm or systemic change will alter it. He uses his twilight years to permeate the film with a sense of finitude.

It’s notable that Bela Tarr has described every previous cinematic outing as a comedy – a trend that Turin Horse has, according to the creator, put a stop to. Whether this claim about his earlier ventures is true is another discussion, but I think it’s instructional that he believes this. Turin Horse is certainly not a comedy, so there’s a kernel of truism there.

The movie opens with the narrated story of Friedrich Nietzsche’s attempted rescue of the titular horse while it is being whipped due to its obstinacy – Nietzsche threw his arms around its neck to protect it, and shortly after became non-verbal and functionally disabled. The movie follows the farmer who whipped the horse.

He lives on a potato farm with his daughter, and they both exist in a sustained bout of repetition and ennui. Every day, for six days, we watch them wake up, the daughter helps the man with his clothes, the daughter collects water from the well, and then they eat boiled potatoes with no cutlery. It’s an existence without joy or excess, a kind of Buddhist simplicity but terrible. Minutiae of living is unerringly in focus, and solipsism lives in the basement, rattling the floorboards.

The plight of our dual protagonists is in the maintenance of existence, in the disparity between surviving and finding meaning in survival. Their leisure time seems to be in laying their head down or staring listlessly from their window at the persistently windswept moor, every visitor they receive is both a burden and a rare moment of reprieve.

Turin Horse soaks you in a sense of impending doom, one that is realised in the film’s end as darkness falls. The protagonists carry on regardless, continuing to eat their potatoes in breathy silence. The father urges the daughter to eat, and she doesn’t. We leave the movie there.

Now, Bela Tarr wants us to extract something cosmic from these tiny little details, to refract a divine implication off of the surface of daily squalor. Why are we counting the days? Is this creation in reverse? The first day focuses on food, water, shelter. Is creation in reverse? Does that explain why light stops letting be? On the seventh day does God slither back into the dark energy womb?

In aesthetic terms, Turin Horse is quite typical for Béla. His usual ashy monochrome doctoring, long takes (only thirty of them in the whole movie), que sera sera. Personally, I’ve always thought this provokes unfavourable comparisons to Bergman, but it seems to be Bela Tarr’s comfort zone.

Portraying repetition/languid boredom can be a big task to achieve in an artful way, but on many fronts Turin Horse has a good old go. The soundtrack is a foreboding looping leitmotif, undercut by the relentless wind that ravages the countryside. The sound of creaking hinges and wood clattering against wood is often our only companion through the scenes, and certain tasks are allocated the exact same visual signature for each repetition, from the dingy potatoes to the water bucket.

The most dialogue in the movie is delivered by the character of Bernhard, a neighbour seeking water. He monologues on the nearby town’s recent cataclysm and is there as a reminder of Nietzsche’s turgid shadow. His ideology differs from Friedrich in a few respects, however, particularly his belief in the cooperation of man and the divine in the end of things.

And all I can say is cheer the fuck up, Béla.

His earlier ventures were uplifted by the moments of levity, even if they were macabre in tone. This movie is technically slick, but it’s weighed down by its own stropping. I made the comparison to Bergman earlier, and that feels quite apt. While The Seventh Seal famously dealt with morbid subject matter, it approached it with a cynical sense of humour. Sátántangó also followed suit.

What we’re left with is a movie that is very pretty, but also seems to think it’s far more philosophically weighty than it really is. We are invited to compare the farmer and the horse as being in the same predicament, stuck in frailty. In striking the horse, and screaming at it, and flailing its reins, he is screaming against his own life, a life he has arrived at the end of without ever having found any spiritual catharsis. He has passed this predicament on to his daughter, who is now also complicit in their mutual stasis.

It feels self-indulgent, like Bela Tarr has reached the pitiable age that some artists reach where they feel they have to be a gnostic. While in some ways it is valid to evaluate one’s own life and the lessons they’ve arrived at, and that might even make for a decent artistic outing, this particular example reminds me of Bela Lugosi from Ed Wood’s biopic.

I think an artist pouring himself into a work is dangerous. People talk about the act of bleeding on the page as a static unit that represents a valuable contribution to the medium. Unfortunately, when you pour enough of your own angst into a project, you just end up coming off like a bore – the whole thing might even seem a bit film-grad. It’s like Stephen King exploring alcoholism again, at a certain point his proximity to it weakens his form as opposed to giving it authenticity.

This isn’t to say the movie isn’t technically well-executed, but it lacked the punch of the director’s earlier contributions. If you want a better example of what Bela Tarr has to offer, watch Sátántangó. Better still, watch some Bergman and punch a horse square in its face. I think that’s what I was saying.