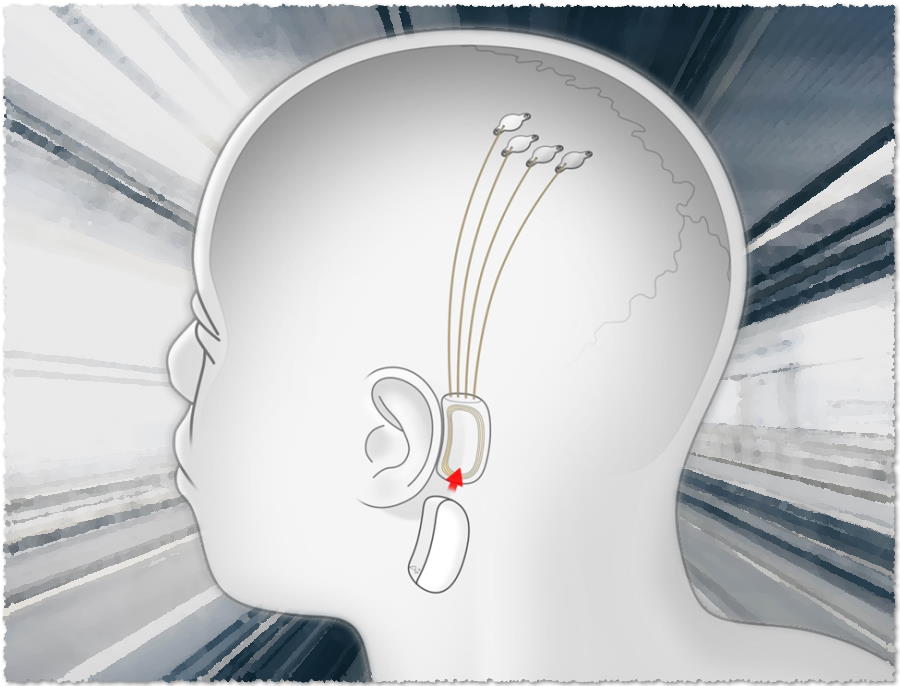 It’s either a fringe fad for the very wealthy, just a fancier, but inevitable, next stage of the tech revolution, a boon for the betterment of humankind, or a dangerous first step into a nightmare: the neurochip.

Basically, a neurochip is an integrated circuit chip (such as a microprocessor) that is designed for interaction with neuronal cells. And there is no going back. We all can thank Pakastani-born Canadian scientist Naweed Sayed, of the University of Calgary, and his team for proving it was possible to cultivate a network of brain cells that reconnect on a silicon chip—or the brain on a microchip. We know what Elon Musk thinks, what he wants to do, but a microchip, by itself, is not horrific science fiction. Microchips are part of everyone’s daily life and—so far, at least—no noticeable deleterious effects have materialized. Well, not many.

NBC had predicted that by 2017, all Americans would start to be tagged with microchips, but as Big Brother-ish as that might sound, we are already surrounded and inundated by them. These baby-step chips are embedded under the skin in a cheap and simple procedure and it carries all your ID: credit card info, license, bus pass, library card—all the info normally carried in a purse or wallet, all stored in an RFID chip under one’s skin. Of course, there are benefits to this technology. For instance, no more baby mix-ups. Every year, 28,000 babies end up going home with the wrong parents. A chip implant at birth would forestall this tragic kind of event—not to mention (at the other end of the life’s line) it would prevent that occasional funeral home misidentification and perhaps accidental burial or cremation of the wrong body. Chipping your child is obvious. From abduction to runaways to kids just getting lost, having the ability to track and find them is priceless. RFID chips are everywhere—in clothes, shoes, pets, livestock, passports, and of course, your trusty cell phone. But these are merely a few chips off the ol’ block. Skin-deep is just a foretaste of The Next Step.

We are living in a wired generation. We are surveilled from every possible (so far) vantage point; we are tracked, monitored, observed, and willingly so. Willingly so. Not to the depth, fervor or encompassingly efficient nature of the Chinese government, but we’re getting there. We are willing to allow tech into our lives—sometime for good (no more goin’ down to the crik fer water then heating it in a kettle hung over the fire on bath night); tracking cell phones of suspected cheating spouses; sometimes for more frivolous reasons (“Alexa, play ‘Bad Moon Rising’”). So, given our embrace of tech as it inserts itself into our lives, it should come as no surprise when we will allow it into our brains.

In March of this year Fortune magazine claimed, citing the Pew Research Center, that six out of ten Americans would consider having a computer chip surgically implanted in their brain—if it could be turned on and off. Perhaps the reader wonders at that—sixty percent of Americans wouldn’t mind brain surgery, an invasion into the root of who they are, if an implanted chip had on “on/off” switch. See, humans have labored under the illusion that they have control, autonomy, agency, and they are loathe to give it up without…without what? A fight? Some sort of legal battle? Another poll somewhere indicating their queasiness? And up steps the hyper-looping, Twitter-penetrating, Tesla-hyping, space-faring Elon Musk.

Musk has a company (what, ANOTHER one?) which has the sexy name of Neuralink, and aims to develop neural interface technology—also known as putting microchips in people’s brains. There are two bits of technology. The first is a chip that would record brain activity and potentially stimulate it (no more dark roast in your morning cup?). He says he started the company to achieve “symbiosis” between the human brain and artificial intelligence. The chip actually is embedded in the skull behind the ear, while the electrodes are threaded into the brain.  The wires are twenty times thinner than a human hair, equipped with 1,024 electrodes which monitor brain activity and theoretically stimulate the gray matter. The data is transmitted wirelessly via the chip to computers for study. How do the electrodes get implanted? That’s the second bit of tech: a surgical robot, an eight-foot-tall machine which uses a stiff needle to thread the wires (something like a sewing machine). Since the brain moves when the body breathes and when the heart beats—and during surgery—the robot can adjust to make the implantation safe and effective. Or so it is said. Aside from Gertrude, a pig implanted with Neuralink, and a monkey that Musk claimed played a video game with his brain (which is probably more Muskian hyperbole), we are a long way from accessing the internet with just a thought. But we seem to long for it, for what is unblushingly called the “immersive experience.” Does the reader remember Google Glass? Intended as an “immersive, connected, experience,” it was meant to give consumers a hands-free way of accessing content and performing tasks, but it basically crashed and burned. The price was high, the design was poor and consumers were wary of info being collected by some third (or fourth or…) party. But that was then.

We are now in an interactive world where Alexa locks the front door while you are at the sink washing dishes. But there is a strong resistance still to such a nascent technology. What happens if a chip in my brain goes haywire? Would I become a drooling idiot? How do I know that the algorithms governing all this wouldn’t end up in some government’s files, or with the IRS?

Expert are saying there is no way our brains will be connected to the internet any time soon, but “experts” have been predicting things for decades and decades without effect or resolution. They never stop. So, within how many generations will our brains (and our minds?—philosophers will go crazy with the thought) be “plugged in” to Everything?  Is it a snowball rolling downhill which cannot be stopped?

If you enjoyed this piece on the future of brain chips and cybernetics, consider supporting us and get patron-only content on our Patreon page. This will help the growth of this site, the automachination YouTube channel, and the ArtiFact Podcast. Recent episodes include a survey of photography from Josef Sudek to Laura Makabresku, an examination of Abstract Expressionism as depicted in Kurt Vonnegut’s Bluebeard, and a debunking of Internet sciolists such as Jordan B. Peterson and Christopher Langan.

More from Len Holman: Are Ideas Going Instinct?,  The Ghost in the Machine: From Havana (Syndrome), With Love, Masculinity And Its Discontents