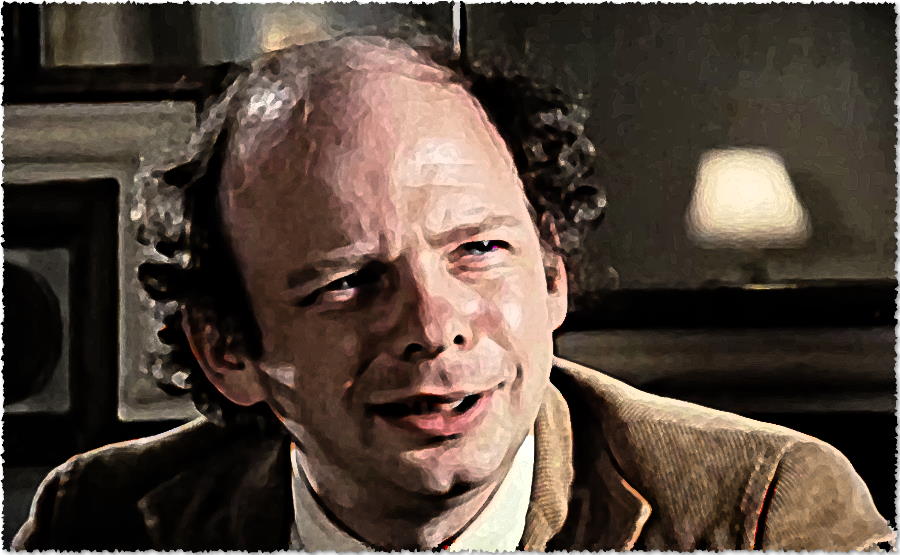 Amazing it is when a film’s narrative is unlike any other. Even the concept seems too remarkable to be true—two men meet up and talk over dinner. Is this a play? No, as even in most plays, action tends to be more omnipresent. Instead, much like Chris Marker’s La Jetée (which tells an unconventional narrative via voiceover and still images), My Dinner With Andre feels like one is reading a novel or listening to a radio broadcast. Andre, who does most of the talking, is a terrific storyteller. While contemporary films might rely heavily on flashbacks, instead we must rely on our visual mind—all that is there and not.

For almost two hours, Andre (Andre Gregory) relays his story and we picture it scene by scene as he tells it. The first time I watched My Dinner with Andre, I recall being overwhelmed by his words but then in that same viewing I saw how necessary his storytelling was. Andre presents a Romanticism—the idea that to find more in life one must go out and seek it—and Wally (Wallace Shawn) contrasts this with pragmatism.

Not that Wally doesn’t experience—quite the contrary. In fact, by the time Wally gives his reaction to Andre’s explanation, we are ever eager to hear it: ‘Do you really want to know what I think about all this?’ he asks. This is the sort of film that is impossible to summarize. Sure, one could resort to the obvious: two men talk over dinner at a fancy, French restaurant. Even the food is garnish: ‘I didn’t think they’d be so small,’ Wally remarks with regard to the quail. Yet how many have ever overheard, much less engaged in, such conversation?

As the night goes on, they lament over the loss of culture, (albeit this is 1981 before the onslaught of video games and Harry Potter) and how the 1960s were the last real glimpse of the human being. Now, they remark that most are merely bored or asleep, moving about on automation:

We’re all bored now. But has it ever occurred to you, Wally, that the process that creates this boredom that we see in the world now may very well be a self-perpetuating, unconscious form of brainwashing, created by a world totalitarian government based on money, and that all of this is much more dangerous than one thinks? And it’s not just a question of individual survival, Wally, but that somebody who’s bored is asleep, and somebody who’s asleep will not say no?

How often do we encounter those who display some inkling of understanding only to ultimately not deliver in expectation? How disappointed are we as a result? Wally is a playwright and Andre is a theater director who, five years ago, dropped from the creative scene. In that time he lived abroad and he discusses the rituals he underwent in Poland. He met monks in Tibet and he notes the omens he chanced throughout his trip, which Wally sees as merely coincidence. Andre speaks, and Wally listens while we listen. Not many will relate to Andre’s escapades, but as contrast, Wally represents the Everyman—the one who longs for comfort and who values his self-preservation. Sometimes pleasures can be as simple as an electric blanket or waking to coffee, and Wally admits to craving more of this:

Yeah, but I mean, I would never give up my electric blanket, Andre. I mean, because New York is cold in the winter. I mean, our apartment is cold! It’s a difficult environment. I mean, our life is tough enough as it is. I’m not looking for ways to get rid of a few things that provide relief and comfort. I mean, on the contrary, I’m looking for more comfort because the world is very abrasive.

Viewers will ask where we stand in relation to our need for comforts, as well as our need for goals and plans, which can be dismissed as mere fantasies. (Wally refers to them as part of a ‘dream life.’) What is real, anyway? In one scene, Wally challenges the notion of reality vis-à-vis one’s need to visit Mt. Everest over a cigar store on Seventh Avenue:

Tell me, why do we require a trip to Mount Everest in order to be able to perceive one moment of reality? I mean…I mean, is Mount Everest more “real” than New York? I mean, isn’t New York “real”? I mean, you see, I think if you could become fully aware of what existed in the cigar store next door to this restaurant, I think it would just blow your brains out! I mean…I mean, isn’t there just as much “reality” to be perceived in the cigar store as there is on Mount Everest?

Inevitably, we will wonder if we too require the escapades that Andre has experienced in order to feel we have lived? Does that guarantee a richer, more meaningful life? In his review of My Dinner With Andre, Roger Ebert notes: ‘He [Wally] listens, he nods eagerly, he is willing to learn, but—something holds him back. Pragmatic questions keep asking themselves. He can’t buy Gregory’s vision, not all the way. He’d like to, but this is a real world we have to live in, after all, and if we all danced with the druids in the forests of Poland, what would happen to the market for fortune cookies?’

When I was young, I had this notion that the summers existed outside of time. I would stay up well into the night and dream about my someday life where I’d be able to live and to write, and in my mind I rejected those who longed for mere ‘conventional lives.’ (They were, like in the film, asleep and I was awake.) I viewed goals as nebulous charades and I dismissed ‘ordinary living,’ which as it was then no longer exists. (The 1990s are long gone.) Except all this occurred within my head, at night, while never leaving the house. What does that say of adventure? What does it say of my first trip to Vienna, which the characters undertook on my behalf in the film Before Sunrise? What does that say of perception and memory?

By the film’s end, Wally treats himself to a taxi, as he watches the familiar places pass him. All around, this city is brimming with memory, experience. The city is its own entity and Wally is part of it, and for this he has grown attached. The film doesn’t try to offer any resolution—each viewer will arrive at some personal answer. It is easy, however, to Romanticize a life that one never takes part in.

Often, I have heard the phrase, ‘be present to life,’ and this is perhaps all one needs. How one undertakes that presence will vary. The Wallys will always differ from the Andres, but we know both sorts of people—those who continually love to travel and yet they have little to say about it, and those who appreciate the simple. Yet, Andre does have lots to say. Rod Serling spoke of a Twilight Zone. In My Dinner with Andre, I see more of a zone of comfort: the nice restaurant, the full meal, and Wally ‘treating’ himself to a taxi. Our pleasures and perceptions vary. Yet somewhere in midst of this lives the relationship between the meaningful and the real.

If you enjoyed this review of Louis Malle’s My Dinner With Andre, consider supporting us and get patron-only content on our Patreon page. This will help the growth of this site, the automachination YouTube channel, and the ArtiFact Podcast. Recent episodes include a discussion of Ryusuke Hamaguchi’s “Asako I & II” and “Drive My Car”, a dissection of Elon Musk’s stupidest claims, and a critique of James Cameron’s Terminator films.

More from Jessica Schneider: ‘But They Both Wrote About Hawks!’: Robinson Jeffers’s “Hurt Hawks” vs. Ted Hughes’s “The Hawk In The Rain”, Shadows & Windows: On Chris Marker’s “La Jetée” (1962), A Cityboy Finds Meaning: On “Cityboy” by Bruce Ario