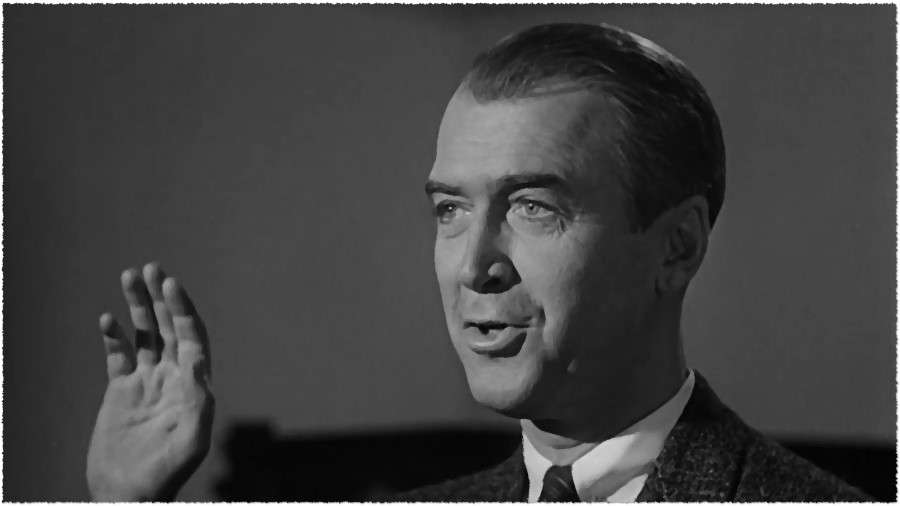 Do we ever really know anyone? Are we defined by our actions, or more so the perceptions of our actions? How exactly do we assert one’s character when our basis is only an impression? So begins the dissection of Otto Preminger’s 1959 classic Anatomy of a Murder.

I love when I uncover a classic film I’ve not seen. As a Criterion Channel subscriber, this happens only on occasion given their copious selection. Likewise, I have made an effort to see all films with James Stewart (who won me over in Frank Capra’s It’s a Wonderful Life), as well as George C. Scott (Patton, Dr. Strangelove) and Ben Gazzara (The Killing of a Chinese Bookie). With this cast, and Otto Preminger directing, I was prepared for excellence.

The film begins with Stewart as Paul Biegler, a small town semi-retired lawyer who spends his evenings playing piano while studying law books over a glass of bourbon. He appears to enjoy his bachelor life. Soon, he is approached by Laura Manion (Lee Remick) in her attempt to land him as her husband’s (Lt. Frederick Manion, played by Ben Gazzara) lawyer, who is in jail for the murder of Barney Quill—a man she claims raped her. We learn early that Lt. Manion has a propensity for jealousy, and that Laura is an overwhelming flirt. Upon meeting with Biegler (Stewart), despite her black eye that she covers with sunglasses, she immediately begins eying him, ‘Call me Laura,’ she says. ‘I see the way you look at me. Don’t you like the way I dress?’ she asks, while curled up on his couch during their meeting. She appears to be more interested in flirting than in clearing her husband’s murder allegation.

Biegler soon realizes that her flirty nature will not help their case. Agreeing to work on contingency (because Lt. Frederick claims he has no money), Biegler desperately wishes to win if for no other reason than to pay his assistant (played by Eve Arden). On one evening, in fact, he pulls Laura from a bar where she is seen flirting and drinking. He then orders her to behave more like a lady and dress more modestly—she will need to if they wish to convince the jury. ‘Wear a girdle’, he instructs. Invariably, she does so, and covers her hair with a hat.

The film carries many undertones with regard to women’s sexuality and the misogyny of the current culture—as if being attractive and dressing ‘sexy’ (which is rather modest by today’s standards) has rendered her somehow responsible. Yet her overt flirtatious nature is peculiar, given that her husband is in jail and she isn’t bothered. Throughout the film, the men seem to think they have the authority to tell a woman how to dress and behave. As example, during one of the many court scenes (and this film mostly consists of court scenes) the prosecutor, played by George C. Scott, asks her if she ‘always wears panties’ (as if her not wearing them would negate her rape claims). Nowadays, such an implication would never be permissible, and nor would the intimidating closeness of Scott’s face with that of Remick’s during questioning.

As Anatomy of a Murder unfolded, I had my doubts about Lt. Manion’s motives. For example, while Laura is questioned, she admits that her husband got aggressive with her and that he forced her to swear on the rosary that the sexual congress with Quill was non-consensual. Although Lt. Manion is not convicted, there are too many arbitrary witnesses relying on hearsay to know if the truth was uncovered. We learn that Barney Quill (the man murdered and also Laura’s alleged rapist) is the father of Mary Pilant (Kathryn Crosby) illegitimately. Mary is manager at the inn near where the altercation took place, yet Laura’s underwear was nowhere to be found at the scene of the crime. However, it is Mary Pilant’s evidence in the end that influences the jury’s outcome for Lt. Manion—not guilty by way of insanity.

The film, which finishes at 160 minutes, moves quickly and is an example of a good ‘prose-driven’ work. While the Duke Ellington score and nighttime shots give it very much a noir feel, it is a very well-directed, narrative-driven film—in part a credit to Otto Preminger’s screenwriter, Wendell Mayes. I find that most films that rely on court scenes are just doing so to push the plot forward and fill space. This is sort of akin to ‘empty dialogue’ where no characters are individuals and they exist only serve to fill plot holes. Such is the hallmark of mediocre writing. But thankfully that is no issue here. Stewart is top notch as Paul Biegler, and young George C. Scott is a great contrarian against that of Stewart’s force. In fact, much of the film involves their back and forth in their attempt to object to the other’s claims. Yet while this makes for good entertainment, the judge manages to overrule and sustain just at the right moments, as though an audience governs him.

Anatomy of a Murder is just what the title presents. We never witness the murder, but rather, we become part of the jury. We only uncover it later—in piecemeal, bit by bit. We must rely on the character’s narration, reliable or not. During the trial, a fellow prisoner claims that he overheard Lt. Manion planning to con his lawyer, as well as his referring to his wife Laura as a “bitch”. Again, this evidence is hearsay and the audience is left wondering—as would any jury.

While Otto Preminger focuses on the murder that we never see—only hear about, the narrative is more about the anatomy of a character. We see that Lt. Manion has a violent temper, which leads him to lash out. If this is the case, what could explain Laura’s indifferent nature towards him in jail, not to mention her overly flirtatious nature with other men? Had she, in fact, seduced Quill and Lt. Manion then murdered him out of jealousy? Or did Quill really rape her, thus causing Lt. Manion to act out of revenge? We don’t really know. Yet, her claim is mitigated by the violent behavior of her husband—indicating that perhaps she did seduce Quill. Near the end, we do come to learn that Lt. Manion behaves dishonestly and that he possibly behaves violently towards Laura once again.

The narrative works because we are given hints and glimmers from which we can glean, but that is all. The audience is never told what to think. And perhaps it is the mystery that makes Anatomy of a Murder so strong. While not a great film, I do find this to be excellent within its genre—successfully evoking the elements of noir with the mystery and musical score, thus aligning them into a memorable perception of events, as the film dissects an even broader dialectic.