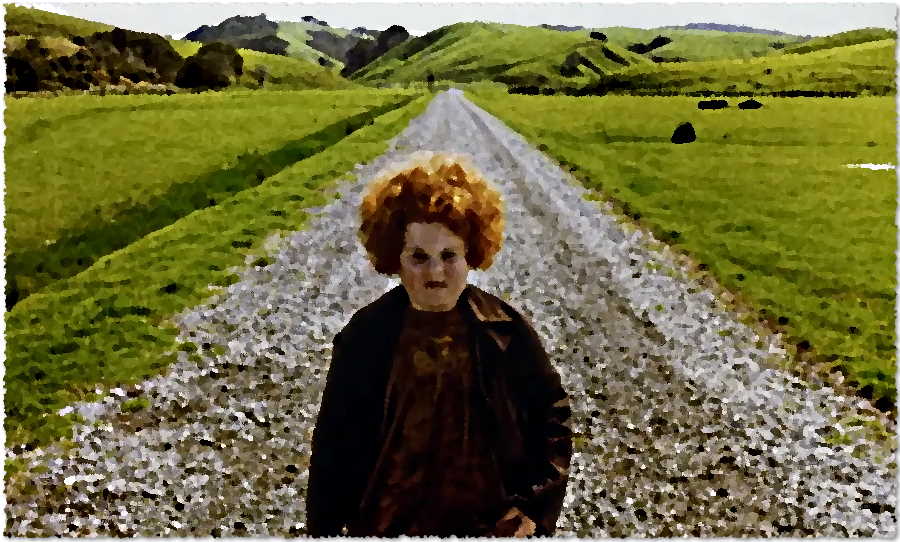 One of the key exchanges in Betty Smith’s great novel A Tree Grows in Brooklyn involves the young protagonist, Francie Nolan, and her schoolteacher. Francie, a budding writer, is being upbraided by the older woman for reasons the girl cannot yet make perfect sense of:

“What’s happened to your writing, Frances?” asked Miss Garnder.
“I don’t know.”
“You were one of my best pupils. You wrote so prettily. I enjoyed your compositions. But these last ones…” she flicked at them contemptuously.
“I looked up the spelling and took pains with my penmanship and…”
“I’m referring to your subject matter.”
“You said we could choose our own subjects.”
“But poverty, starvation and drunkenness are ugly subjects to choose. We all admit these things exist. But one doesn’t write about them.”
“What does one write about?” Unconsciously, Francie picked up the teacher’s phraseology.
“One delves into the imagination and finds beauty there. The writer, like the artist, must strive for beauty always.”
“What is beauty?” asked the child.
“I can think of no better definition than Keats’s: ‘Beauty is truth, truth beauty.’”
Francie took her courage into her two hands and said, “Those stories are the truth.”
“Nonsense!” exploded Miss Garnder. Then, softening her tone, she continued: “By truth, we mean things like the stars always being there and the sun always rising and the true nobility of man and mother-love and love for one’s country,” she ended anti-climactically.

Something similar occurs more than once in Jane Campion’s 1990 film An Angel at My Table, an adaptation of a three-set memoir by New Zealand author Janet Frame. Like the Smith novel, it also follows the childhood and maturation of a young girl who is a budding, and then famous, writer. The first scene is when Janet is a child, and, after first acquiring a taste for poetry due to a kind teacher’s instruction, she is trying her hand at it at home. One of her older sisters peeks at her paper and asks,

MYRTLE: What’s that?
JANET: It’s a poem I wrote for school.
JUNE: Read it to us!
JANET: “When the sun goes down and the night draws nigh, and the evening shadows touch the sky—”
MYRTLE: It should be, “Evening shadows tint the sky.”
JANET: Why?
MYRTLE: There are always words that go together in poetry—like, waves lap, stars shine or twinkle, and wind roars. Rub out touch and put in tint.
JANET: But I like touch.
MYRTLE: It sounds wrong! “Evening shadows tint the sky.” Go on, rub out touch and put in tint. It sounds more poetic.

She begrudgingly erases “touch,” but later on, when presenting in front of the class, the teacher reads her original version instead – and approvingly. (This is actually key foreshadowing, for it shows both Janet’s easy compliance to authority, and her surprisingly dogged urge to, for better or worse, stick to what she wants, which she remains true to for the better course of An Angel at My Table). The other moment occurs much later, when Janet is already an adult, as well as an established writer, and, having traveled to London on a literary grant, is meeting with her publisher for the first time.

GOULDEN*: Granted, your books have had good reviews. Some very good. But what I want you to do now is write a bestseller. When Wanda Lyons comes to see me, do you know how she comes? She comes in a Rolls Royce. You are a better writer than Wanda. (Handing Janet a succession of books in his office.) Bestseller. Bestseller. Study them, they’ll give you the form. Where is it you’re living?
JANET: Camberwell.
GOULDEN: Camberwell is a wasteland. I’ll make you an offer. I’ll give you an apartment.
JANET: Give me?
GOULDEN: Yes. I’d like you to write your next book in there.
JANET: (Flustered.) I don’t know. I’ll have to see.
GOULDEN: Also, I’ve got some people who’d like to meet you. And don’t forget, next time you come in a Rolls Royce.

Someone else is doing their damnedest to limit Janet’s voice, but this time, it’s an educated, ostensibly literary man in charge of a UK publishing house, not a little girl. These moments, like the one in A Tree Grows in Brooklyn, are one of many that realistically highlight the central drama of a young, sensitive writer attempting to make their way in the world – and continually bumping against the demands of those who would cheapen original writing to satisfy their own superficial biases, out of either ignorance or base appetites.

This is a good, worthwhile film by Jane Campion, whose only other film I’d seen was the John Keats biopic Bright Star many years ago. It’s clear that Campion is drawn to the plight of the damaged artist – ever sickly Keats died at twenty-five from tuberculosis, despairing for his under-appreciated art; Janet Frame suffered for eight years in hellish mental institutions after being mis-diagnosed for schizophrenia, and was very timely saved from a potentially fatal operation when her book of short stories won a prestigious award.

An Angel at My Table follows Frame from her early childhood as a plump, frizzy-haired ginger well into adulthood (twenties/thirties, maybe?), condensing the three-volume-memoir quite drastically – the film’s title borrows from the second volume in the set, with all three titles neatly dividing the narrative in chapters. Its first life was as a television mini-series, in fact, only later given the cinematic treatment by its screenwriter, Laura Jones.

Most notable about the film is the quite matter-of-fact way Jane Campion and Jones tell Frame’s story. There are typical coming-of-age moments (discovery of sex, Janet’s bewilderment/shame over her first period, family tragedies) but they are never overplayed, and are often partly elided, with much of the action happening offscreen, as in with the deaths of Janet’s sisters. This makes sense since the film, for the most part, closely follows Janet’s POV, so to suddenly cut away to events that do not involve her for tear-jerking’s sake is unnecessary. What matters most is her particular reaction to goings-on. Campion/Jones wisely understand this, and the brevity with which these more emotional moments are handled actually better emphasizes their power, whereas lingering over it too long runs the risk of mawkishness.

Now, its prior formatting as a mini-series does show. There’s a truncated, almost sketchy, nature to the film’s many episodes that, while not bad, would have benefited from deeper explorations. We are not given very deep insights into who Frame is – she remains a shy, neurotic/awkward person for pretty much the entire film, and the events move, I think, too quickly for the viewer to understand their exact impact on her growth. Having watched the famed British ITV serial production of Brideshead Revisited a couple years ago, it’s clear that the medium, if done well, allows for deeper character work over a longer span of time. An Angel at My Table’s mini-series version might very well have been a greater work.

But, oh well. Hypotheticals bedamned, there are wonderful moments, including some excellent shots of the picturesque New Zealand countryside that perhaps give us a glimpse into the serenity of Frame’s mind sans the intrusion of social expectations. On a graver note, mark how the scenes of her imprisonment in a psychiatric ward are shot in a cold, blue-ish light, as if they were taking place underwater. This takes on a strange resonance when one remembers that two of Janet’s sisters died by drowning – perhaps it implies that Janet’s unjust treatment acts as some horrible penance, since with both deaths, it is noted how either Janet or another sibling should have been present, beforehand. And who can forget the hilarious scenes with Edwin, her first romantic fling, a literature professor who nearly dries her up with doggerel before intercourse?

Films about writers, and writing, in general, often fail because of – well, writing. It is all too easy to fall into cliché with this subject matter, and, when there are attempts to showcase a character’s work, it is often mediocre, or worse, since the screenwriters seem to have no clue what constitutes quality material. Thankfully, An Angel at My Table does not suffer from cliché – it skims it quite deftly, in fact – and there are poetic excerpts from other writers that resonate nicely into Janet’s own narrative. Plus, some of the glimpses we’re allowed of her own poetry seem interesting, at the very least, and far from the utterly trite verse Edwin spouts in an attempt to latch onto the higher aspects of his profession, and what he might see (and selfishly desire for himself) in Janet.

The film ends with Janet at work, having been struck by the sort of inspirational urge that all writers wish for. A sappier film might have chosen to end it a moment earlier, with Janet dancing by herself to some pop music – see how she’s getting comfortable in her own skin, now? However, as she’s dancing, she’s struck by a line which she immediately goes to write down. The film’s closing seconds are Janet at her typewriter, pleased, instead, with the music of her words, and it is there where she truly thrives, and where the engaged viewer is truly rewarded.

If you enjoyed this analysis of Jane Campion’s An Angel at My Table, consider supporting us and get patron-only content on our Patreon page. This will help the growth of this site, the automachination YouTube channel, and the ArtiFact Podcast. Recent episodes include a survey of photography from Josef Sudek to Laura Makabresku, an examination of Abstract Expressionism as depicted in Kurt Vonnegut’s Bluebeard, and a discussion of Hermann Hesse’s classic novel, Steppenwolf.