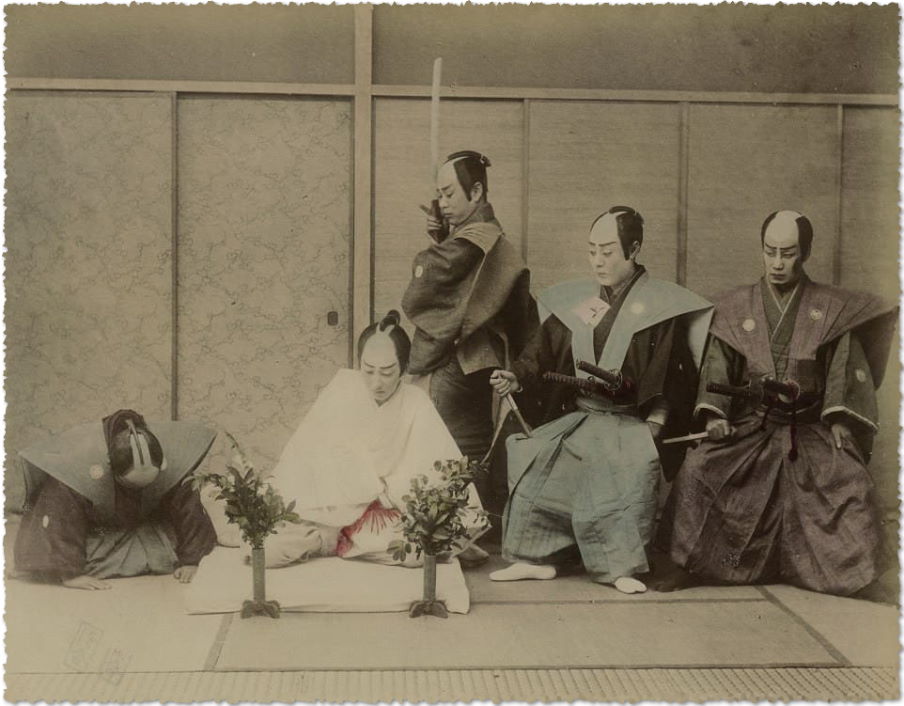 The Winchester Repeating Arms Company made about 720,000 copies of  the .44-.40 Winchester rifle and carbines between 1873 and 1923. It killed a lot of people; it was the “gun that won the West”; Jimmy Stewart had one in a movie; it was a legend. The Winchester Company made a lot of guns and made a lot of money for Oliver Fisher Winchester, and when he died in 1880, he left his estate to his wife Sarah, an estate worth hundreds of millions of dollars, which she needed when she moved West from New Haven.

Her daughter died of a wasting disease, and with her husband’s death, one can only imagine her heartbreak and depression. A medium, supposedly channeling her late husband, told her to move and continually build a home for herself and all the spirits made incorporeal by Winchester weapons. By way of expiation for past wrongs, building a house is not in the same class as disemboweling oneself, yet Sarah was no samurai, but a heartbroken widow.

When she moved, bought land in San Jose, California, and proceeded to use a part of her vast fortune to build…and build….and build. Originally seven stories before the 1906 quake (now just four). The house is a hodge-podge of architectural wonderments, with windows overlooking other rooms, stairs which don’t go anywhere, much less to Heaven, and odd-sized risers for the staircases. It is expiation in Queen Anne, Late Victorian style. It is hara-kiri with hammers, paint and nails.

Expiation has an outlet in many cultures, with perhaps the most popular and well known being Japanese seppuku. Ritual disembowelment is a tough way to apologize and promise never to do whatever shameful thing it was ever again. It is a far cry from building a big, rambling house, but the sentiment is the same. One famous episode is that of the 47 Ronin (masterless samurai) who took revenge on the man who caused their master’s humiliation and ritual suicide, waiting a year to throw off suspicion of their intent, to reduce any preventative measures, before striking.  After their successful breeching of the castle walls of their target – and his grisly demise – they all executed that deadly left-to-right cut, for they had committed murder and they would have nowhere to go now, but the very dishonorable vocation of bandits. Seppuku was not just used for atonement, but the fact that it was used is pretty amazing.  It beggars even the richest imagination to picture Bezos or Zuckerberg or any politician or media titan doing anything like this, as the author Yukio Mishima did, or the judo Gold medalist Isao Inokuma did, who committed seppuku in atonement and despair over the financial losses of his company.

Let us pause to consider what is being derisively called “wokeness”. This is a term difficult to define, easy to mock, impossible to avoid – so I shall look at this hyper-awareness, this virtue-signaling, this collective moaning and breast-beating of certain of the glitterati, of intellectuals, of the well-meaning, as examples Sarah Winchester would recognize: expiation, atonement, for a culture (and this would include most of Western culture) which has deficiencies of memory, tolerance, and outlets for Making Things Right. Sure, we have legislatures, parliaments, august halls of justice; we have traditions – some actually written down – of freedom and democracy; we have media which picks sides, makes money, and never tires of extolling its own excellence and denigrating other viewpoints than its own. We have a guilt culture, but not a shame culture.

A  shame culture allows a person, a corporation, a family farm, to realize and acknowledge a wrong – say, embezzlement, or some sexual peccadillo – then to take responsibility for this and do something about it. And in a shame culture, it is expected something WILL be done by way of atonement. In a guilt culture, some rapacious CFO is caught stuffing his tailored suit with company funds and admits to his guilt, but he never owns it. He gets a high-priced lawyer and spends a million bucks or more and a year or two fighting it. Later, if his mouthpiece is good enough, he will get a gig on some cable business show offering his expert advice. People will not, in a guilt culture, acknowledge they are wrong, cannot admit to infidelity, bad morals, or stealing from St. Mary’s poor box. The culture just doesn’t allow for it – with some exceptions. And now we see these exceptions becoming more and more unexceptional.

Much ink and many words have spilled out into the public domain about how this is a turning point in our history, and maybe it is, maybe it isn’t just some blip on history’s radar, but the turning point just might be that shame is finally leaking through the cracks of the plaster mold of the American Mythos. Shame, remember, requires acknowledgement, owning, and a desire to right the wrong, patch the crack, make whole what has been rent asunder. And that psychic need takes the form of wokeness.

If one views this phenomenon through the prism of a desperate need to atone, then some things become clear – and some things remain murky. In what seems to be a blink of an historical eye, the West seems to have awakened to the fact that much of what we have has been plundered from others. Even in our noblest moments, we have managed to sully our behavior with the need for power, influence, profit, and applause. (Here, one needs to duly insert how much America has done for the world, how much better it is, say, to turn on the tap than to go down to the creek with a bucket – so, granted, no denigration intended…moving on.) This all is not so much a clash of Left and Right as it is 2 main currents: 1) The explosive emergence of shame, of awareness that all is not well and hasn’t been for a long time, and 2) the anger, fear, frustration and confusion of those whose cultural landmarks are dissolving.

Hubby comes home from work and discovers his favorite chair is gone, replaced by a newer one. He is apoplectic. He’s had that chair for years; it has served him well. His wife calmly explains that his old one was shot – it was lumpy, the springs were gone, it didn’t recline without a fight, and the fabric was worn hard and shiny with years of use. This is a better, sturdier, more comfortable chair. His malaise is visceral, not reasonable, but as time goes by, he comes to stop resenting her interference in his little world; he comes to grudgingly appreciate her action and realizes she was, in the long term, right. Eventually, sitting in the comfy chair one night, he realizes that old chair WAS horrible and wonders why he put up with it for so long.

So, consciousness-raising is painful sometimes; perhaps those doing the raising are over-zealous; but perhaps we can build a new house and put away our swords. Shame is better than guilt if it leads to a healthy realization and reparative action.

That old chair doesn’t come close to matching the comfort, utility, and rightness of the new one.

Naked Chess: A Meeting of Hearts and Minds